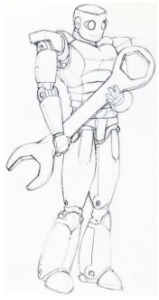 NanoCon is a multifaceted celebration of everything science fiction. This multi-day fan convention presents panels and talks by authors, artists, and academics who are interested in and influenced by the great and small works of science fiction authors, gamers, and filmmakers. The event features creative workshops, art exhibits, film screenings, concerts, cosplay, games, and special events. With its broad, citywide programming, NanoCon Mk. VII encourages participants out of the traditional confines of the convention hall and into the streets of Longview and Kelso, to experience and explore the very locales that inspired science fiction enthusiasts of all ages.

Organized and staffed by the Lower Columbia College Science Fiction Club, the convention began in March 2014 with NanoCon Mk. I. That original event included guest speakers, gaming rooms, vendors, and film presentations. The current event has expanded to include cosplay, art exhibits, filmmaking competition, food vendors, and local scientists. Now in the seventh year, the annual convention is establishing itself as a premier event in the region.