Click on the book cover to see
for yourself on Amazon. 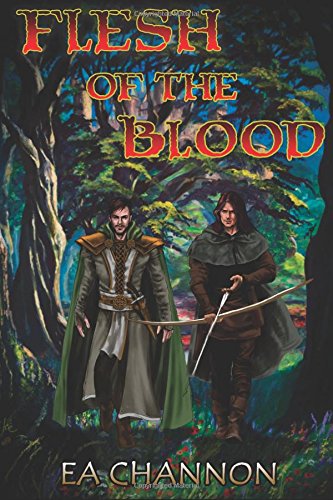 Inc (D)
(See Thomas’ notes on how he grades)

Before I go onto the summary I need to pull out my soapbox.

Only a sadist likes giving bad reviews, BUT, at the same time I feel they are absolutely essential. There is a growing trend in review circles to give no review instead of a bad review to a title that isn’t up to snuff. Readers are becoming sensitized to this and assuming no or few reviews equates to bad book. That hurts not only you the reader for missing out on some good fiction but also hurting the authors who don’t have many reviews yet and are too honest to buy them.

I really don’t like to give incomplete and or negative reviews, especially of a book vendor I’ll likely be seeing at many different conventions. But let’s face facts. Each of us has a finite amount of time and coin so a negative review will help us protect both of those.

I like reading good material and have, largely found most of the indie books I pick up to be at least worthy of a C-. Based on the first chapter and a half of this book I wouldn’t have given this better than a D. I did scan forward and every page I opened up I found more problems, not something that I’d go “Oh, good stuff is coming up, let me just get past this bad part.”

Hard to give a summary of a book I couldn’t get through the second chapter. It seemed to be setting up an arena style combat between differing races in a D&D like setting. Scanning ahead I didn’t see anything that would have changed my opinion if I’d have kept reading.

I like E.A. Channon and am very sad to have to give his first fiction novel a poor report card. It felt like this book didn’t get a rewrite or even a set of good alpha/beta reader eyes on it.

Flesh of the Blood did have good descriptions and each character had his own voice. As Channon had introduced three relatively main characters in the part I’d read, giving each character uniqueness was saying something. One thing that can happen in a story is that the characters can lose their individuality and be just the same as the one next to it. Channon seemed to have this well under control.

Every writer knows that there is one piece of writing a book that is crucial… you must hook the reader in the first couple of paragraphs. Flesh of the Blood spent the first three paragraphs talking about a hawk. It wasn’t a wizard shape shifted as a hawk. It wasn’t a hawk that was the hunter for one of the characters. It didn’t do something that showed the world in a light that gave the reader insight. It was a bloody hawk and nothing more. And if that wasn’t enough drive my apathy, the hawk flew off because some “small beings” (dwarves) emerged from the tree line in metal armor. Dwarves aren’t small to a hawk. And a hawk likely would have noticed them long before they emerged from a tree line.

The dialogue that I read was either incomprehensible or wooden. The first line of dialogue is “I guess the joke is on me!” with no reason that I could ascertain. No joke was written in the text. No one wrote, “Kick me!” on the back of his armor. Just the laughing companions all of a sudden got quiet. Even the initial encounter with the town brought out the cliché drunken guy to tell a half-orc, “You are not a friend to me, orc-man.” Cringe.

So many things in just the first chapter and a half were cut right out of Dungeons & Dragons without even the serial numbers being filed off – half orcs, gnomes, dwarves (with the cliché axes, mind you), druids (scanning ahead). I felt like I was watching a D&D session of a not very inventive group / GM.

To any indie author the common old saw “Don’t judge a book by it’s cover,” is the grossest fallacy ever. You must have a good cover to draw people to pick up the book in the first place. I wasn’t thrilled by either the cover illustration or layout. There is even an error on the cover! It shows EA CHANNON while on the back it is E.A. Channon. And I should have run, not bought the book, when it had the blatantly marketing statement “WARNING! Once you pick up this book… you won’t be able to put it down!” (the ellipsis are on the book, not mine) This seemed to me to be like a movie that has had too much advertising… likely it is going to suck. You can always find something better to put on your cover than such a blatant advert.

This review is by Thomas Gondolfi, Author of Toy Wars and the CorpGov Chronicle and numerous pieces of short fiction in the genres of science fiction and cyberpunk. He is also the owner of TANSTAAFL Press (How do you like your SciFi? ). For more bio information go to http://tanstaaflpress.com/authors/biographies/tom-gondolfi/