Conventions of any size can be categorized and judged by one criteria alone.

While something of a mature convention goer and a late bloomer, I’ve attended science fiction and gaming conventions for over thirty years — large ones, small ones, TINY ones, profitable ones and utter money and time sinks. I’ve volunteered. I’ve been a speaker and panelist. I’ve been a vendor, a minion. I’ve been part of convention committees (ConComs). I’ve run every sort of club and published a monthly newletter for over five years. I even put together my very own gaming convention one year. I guess you could say I’m a Renaissance man of conventions. With this background you imagine I have a rather unique perspective. 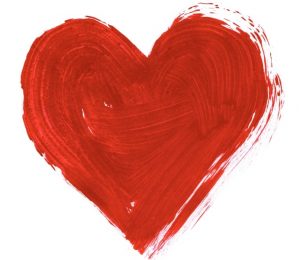 RadCon, Orycon and even small ones such as Fandemonium, Just-A-Game-Con, and NanoCon. GenCon has a gate of 65K. Origins near 30K. ECCC nearly 100K. Norwescon brings in circa 5K, Radcon about 3K. Just-A-Game con I think I counted maybe 200 attendees (being generous).  Fandemonium I believe gates circa 2K. I can hear your question over the ether already.  “How can you compare such disparate conventions with such different sizes and genres?”

It comes down to one word. Heart.

Heart encompasses several factors but the most key portion of it is – How does it treat the fans, attendees, vendors, guests and volunteers? In some ways this seems obvious but as conventions age and grow they seem to only go through the motions of putting on an event with at best lip-service applied to those important things. The largest conventions don’t even try. As an engineer I want to quantify it and define it and that makes it difficult is that it falls in the fuzzy subjects, not the hard sciences. It’s difficult to assign a number to it but you can feel it when you are around it.

The reason I bring this up is that I witnessed something which happen yesterday that I’ve never seen in thirty years of involvement with any convention. Oh, some have come close (Crypticon comes to mind). The ConCom and volunteers of NanoCon hand wrote and signed thank you letters to every vendor, sponsor, guest and volunteer who participated in the last convention.

I’ve never attended a single NanoCon and yet I’m PROUD that I’ve become a volunteer with this organization. I look forward to continuing to contribute to such an enterprise. I look forward to helping it grow, not just in numbers but Heart — if that is even possible.  Two thumbs up to their ConCom!  To a convention with more Heart than any other I’ve ever attended, I salute NanoCon.

This blog post is by Thomas Gondolfi, Author of Toy Wars and the CorpGov Chronicle and numerous pieces of short fiction in the genres of science fiction and cyberpunk. He is also the owner of TANSTAAFL Press (How do you like your SciFi? ). For more bio information go to http://tanstaaflpress.com/authors/biographies/tom-gondolfi/